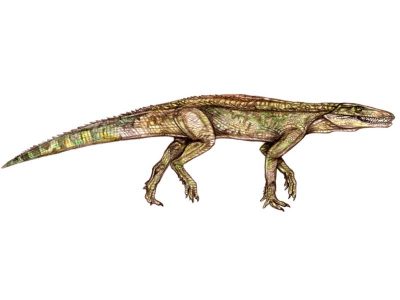 The only fossils unearthed of these small crocodilians are a few skull and lower jaw elements and isolated teeth; therefore our knowledge on this form is very limited. The teeth are characteristic in that they greatly resemble the teeth of carnivorous (theropod) dinosaurs: they are laterally flattened, sharp, pointed and the edges are finely serrated. Doratodon is an enigmatic crocodilian of the European Late Cretaceous faunas and the best preserved remains are that of Doratodon carcharidens from Austria. However, even this species is only known by its lower and partial upper jaw and some teeth. Some believe that these crocodilians are related to African and South American species whereas others assign these resemblances to parallel evolution. The high and laterally compressed, theropod-like skull and dentition are suggestive of terrestrial and carnivorous lifestyle which is consistent with the fragmentary nature of the fossils of Doratodon at Iharkút where other terrestrial animals are also poorly represented. Terrestrial crocodilians are today extinct but this was clearly the ancestral habitat of primitive forms in the Mesozoic. 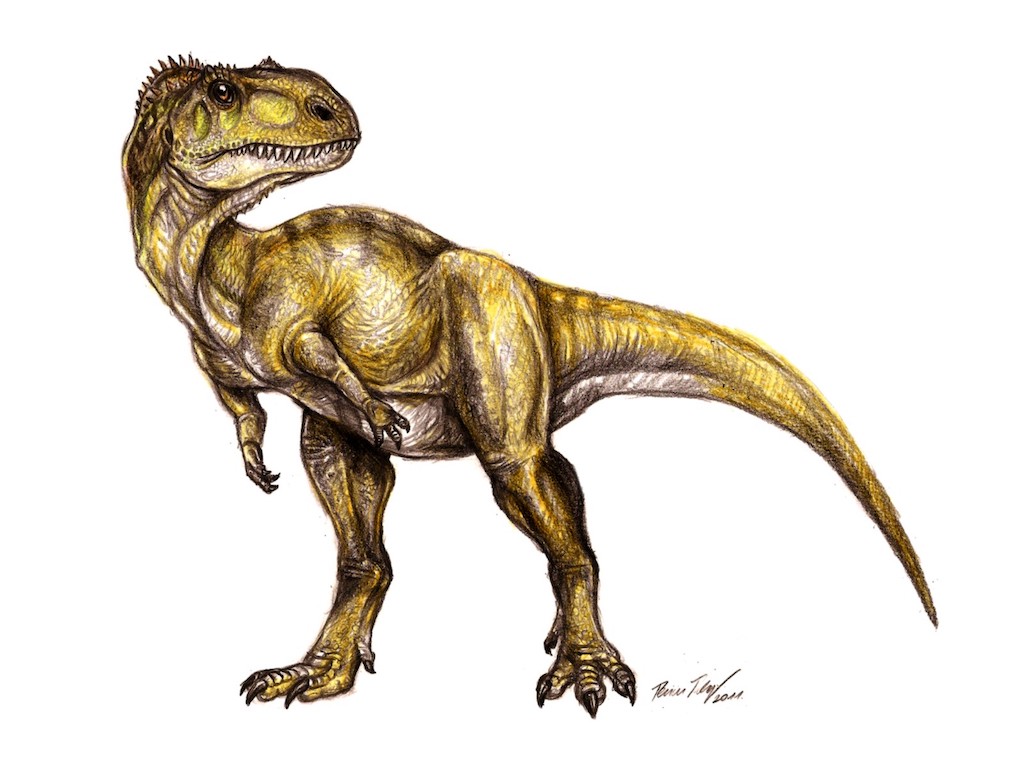 This small-bodied, 1-2 m long, predatory dinosaur is known on the basis of a few limb bones… 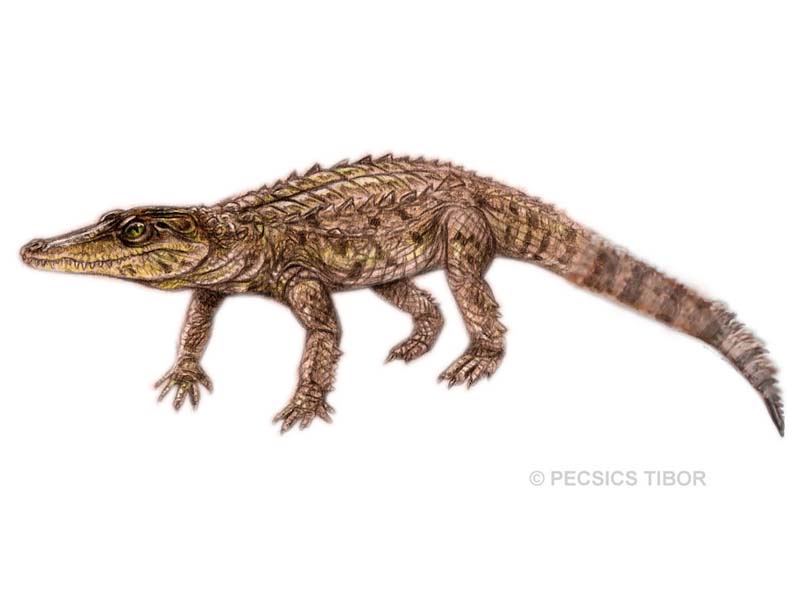 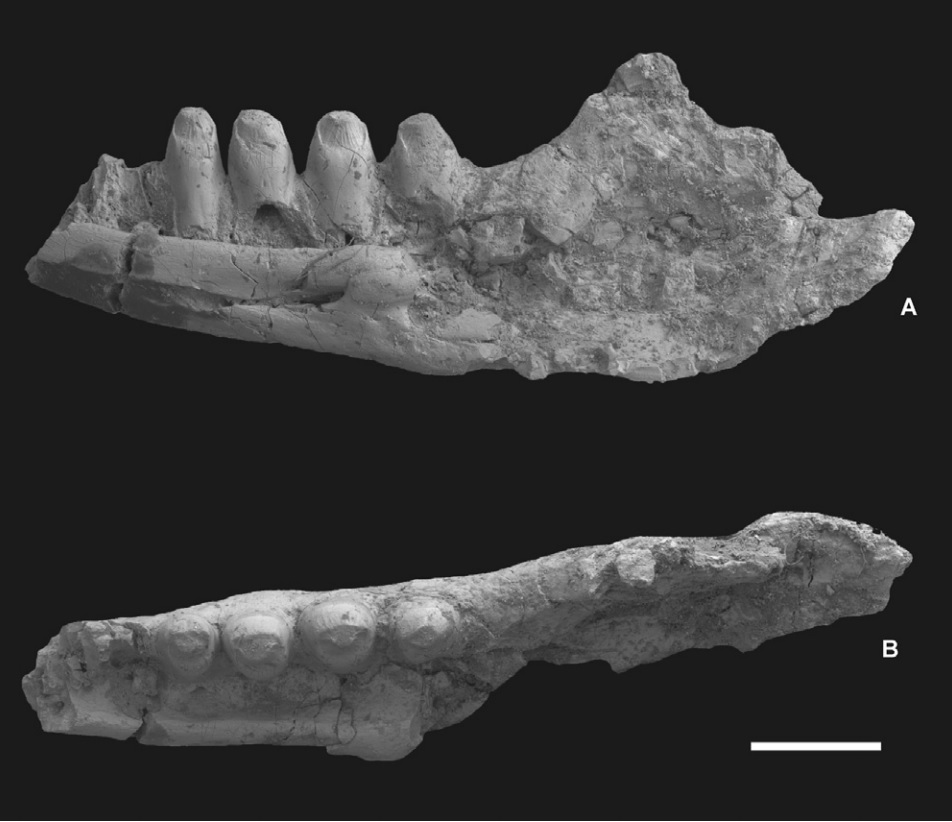 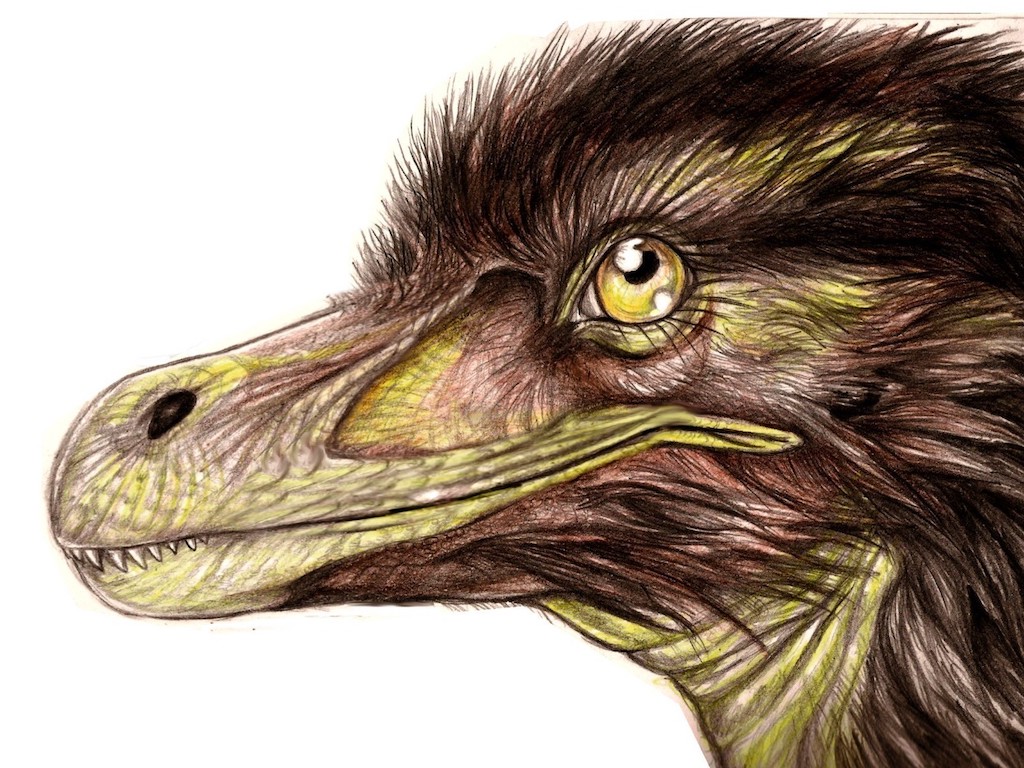